Mark Zuckerberg and company has been very busy in throwing everything to its main Facebook app and the Messenger app. This year we’ve seen the roll out of group calling and Instant Games in Messenger, as well Facebook Marketplace integrated within the app. Recently, Snapchat and Instagram stories clone Messenger Day also made its way to the messaging app.

It’s no secret that they are always working hard to provide more value to their users, now at over 1 billion per month, but I’m afraid we’re getting to the point where the two apps become too bloated. Good thing there’s a Lite version, but that’s too stripped down and it’s not the same experience.

Anyway, it only makes sense to follow up the group calling feature with the addition of video interaction. Now, it’s even easier to connect with family and friends as they will be able to see each other in real time. 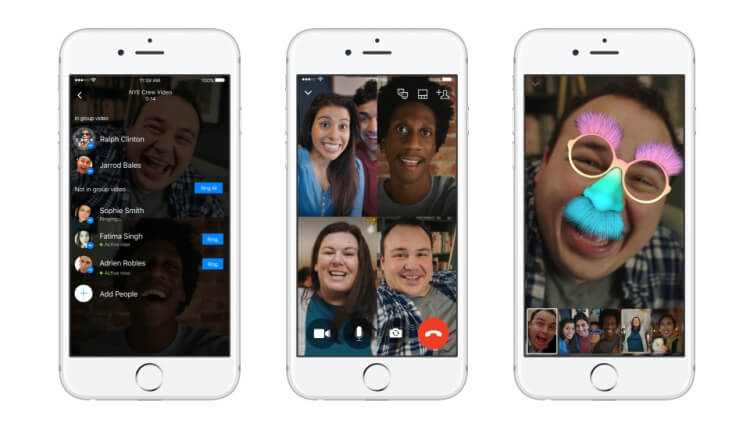 Messenger allows up to six (6) people to show up on screen and have their videos flashed. It can also work with bigger groups of up to 50 people, but only the frequent speakers would show up in the screen after hitting more than six participants. Starting a video chat is as easy as tapping the video gear logo on the top right corner of the screen when in a group conversation.

There’s only one bad news for Android users: stickers are currently exclusive to iOS devices. This means that you can’t use the sweet Snapchat-like photo enhancements if you’re using an Android device. Nevertheless, we believe that it would soon be launched in Android as well.

Facebook Messenger Group Video Chat feature is now being rolled out around the world for both Android and iOS. Expect to see another button beside the typical phone call button in conversations once the update hits your device.