Xiaomi Philippines has officially confirmed that the global version of the Redmi K20, the Xiaomi Mi 9T, is coming to the Philippines.

In a Facebook post, the company has published a teaser about an upcoming Qualcomm Snapdragon 730-powered smartphone. The image and #PopUpInStyle posted is exactly the same material Xiaomi global used when they were first teasing about the Mi 9T. 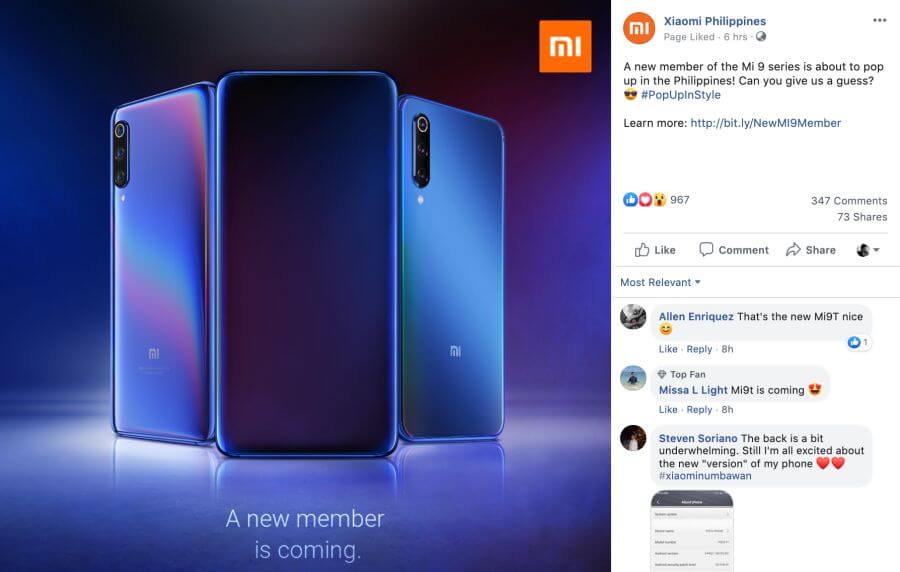 First made official in Europe several days ago, Xiaomi Mi 9T launched alongside the fitness smartband Mi Band 4. It’s scheduled to debut in Malaysia on the 20th of June, so we expect the Philippine release date to happen anytime this month or early in July.

Prices listed above are direct conversions to Philippine Peso without tax and other subsidies factored in, so it’s possible that it might become more expensive when it officially lands in the country.

Now that we know the Redmi K20 is coming, we’re very excited to see if Xiaomi will be launching a global counterpart for the Redmi K20 Pro as well, especially now that the company announced its plan to release Android Q updates to these devices.