Apple took the stage on their annual Worldwide Developers Conference (WWDC) to announce the successor to the macOS High Sierra. Here comes the new macOS Mojave, and it offers new features that are mostly focused on the design and interface.

To get to know the new macOS update, we have listed some of the key new features of the macOS Mojave. The much-awaited dark mode is officially here, plus Apple redesigned and updated some apps. Probably the most important of them all, the macOS desktop will now be less cluttered.

I’m not sure what took them so long, but at least it is finally here. Ladies and gentlemen, the macOS now has a dark theme. 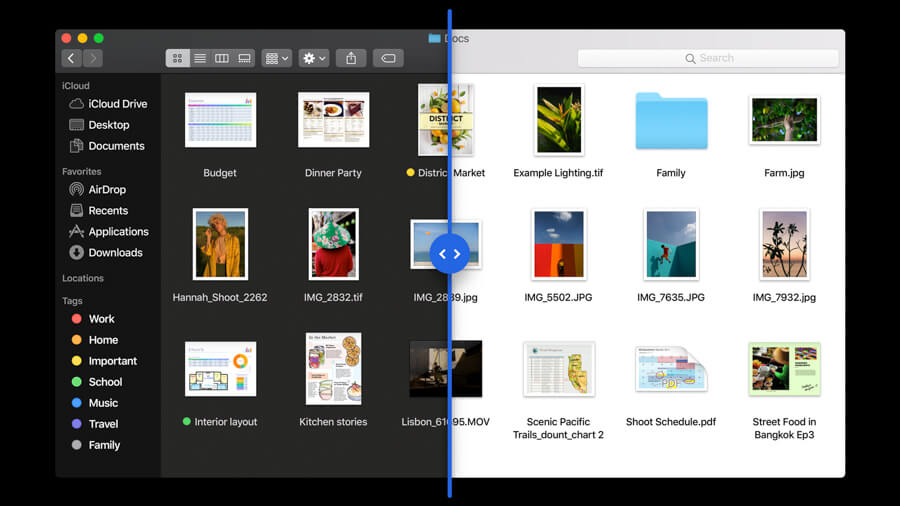 For the longest time, the macOS is only available in a boring white color scheme. Making those people who use their Macs at night blinded by its brightness.

But kidding aside, this new Dark Mode kind of gives the macOS a new look despite the minimal design changes on Mojave. It also complements the Space Gray Macbooks and the new iMac Pro.

Stacks for the Desktop

If you’re a Mac user like me, I’m pretty sure you can relate when I say that one of the most annoying things about macOS is how easy the desktop gets cluttered. And if you own a 13-inch MacBook Pro like I do, it gets messy a bit faster due to its smaller screen. 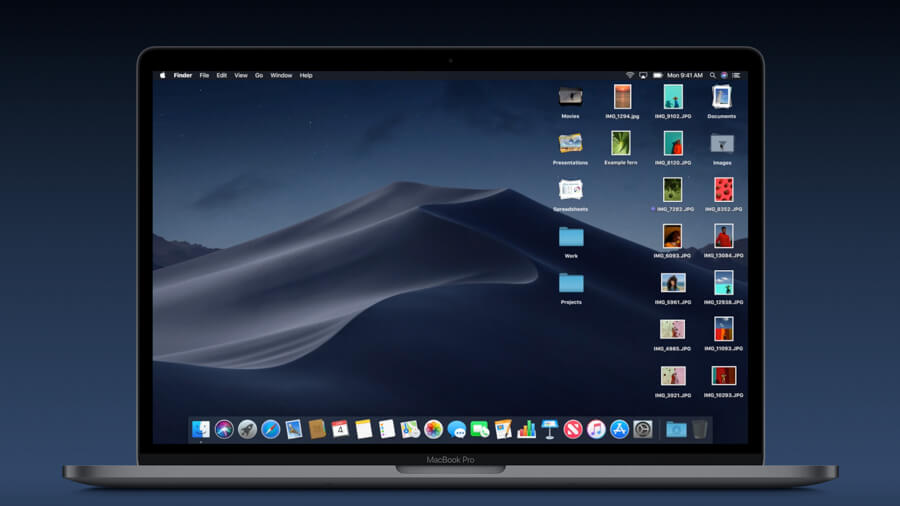 That problem is what Apple is trying to address with Stacks. This feature will automatically group the files that are scattered on your desktop based on their file type. You can also make your custom stacks that are based on the date, geolocations, and what not.

Apple is also adding new features to the Finder. It now has Gallery View which allows you to skim through previews of your files so you can easily find what you are looking for in case you forgot its file name. 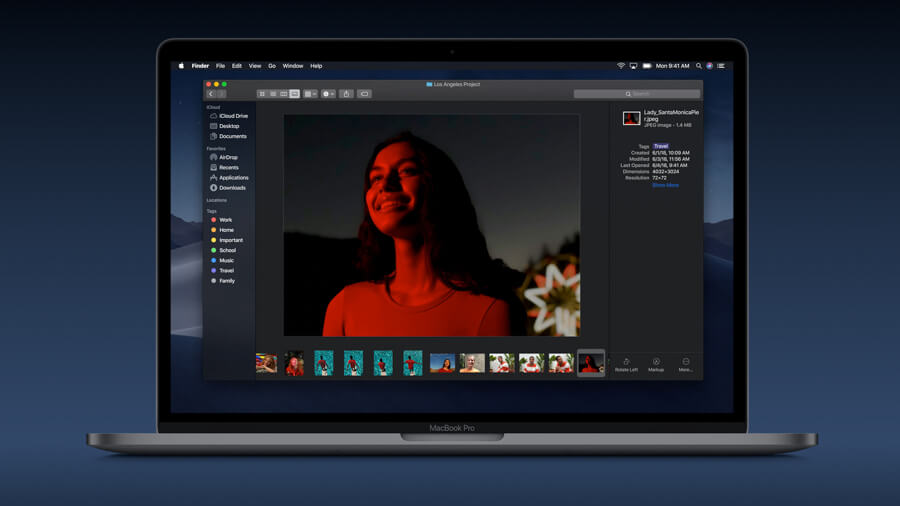 The Finder can now provide the complete metadata for each file. This allows the user to see what camera, lens, or settings you used on a particular photo.

And probably the most intuitive feature of all, you can now do Quick Actions right from the Finder without opening the file from a separate app. You can rotate or add effects on images, trim videos, add password protection on documents, and more right on the Finder.

This next one is another cool visual change for the macOS. The Dynamic Desktop basically changes the desktop picture to adopt on the current time. 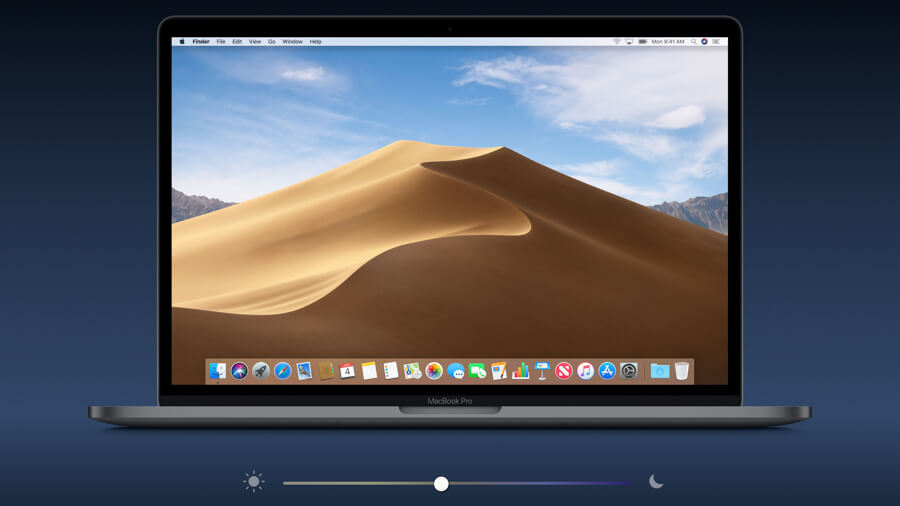 As what Apple demonstrated on their website, the desktop wallpaper turns into night time as the day goes by. I also noticed that the theme turned from White to Dark mode. I find the feature really cool and I’m actually excited to test it out.

One of the biggest issues that the industry is currently facing is privacy. If you’ve been following the news, Facebook went under fire due to various privacy violations. So, Apple is trying to avoid these problems by improving the security features on their Macs.

For one, Safari will now have better intelligent tracking preventions that would block social media from tracking you using the social sharing buttons. 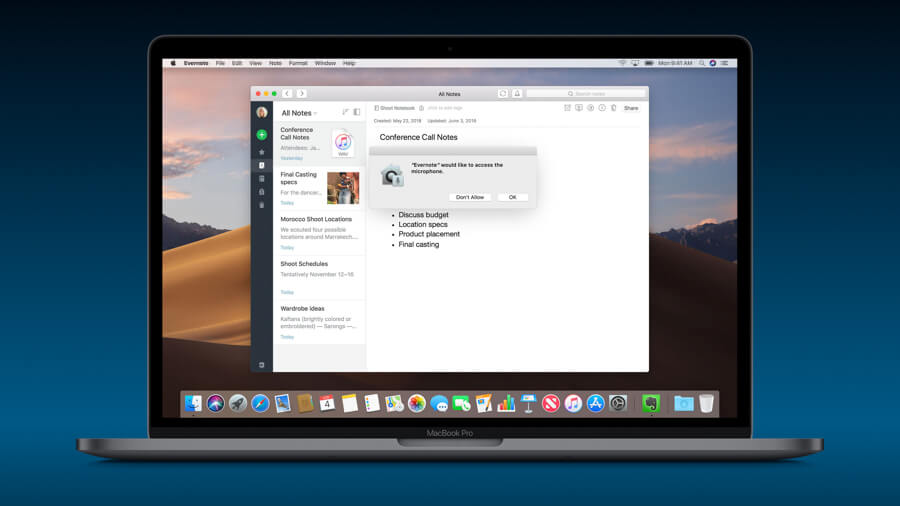 macOS Mojave will also require apps to ask user permissions before they can access the camera, microphone, or other personal data on your Mac.

Besides those mentioned, Apple also added other features for the macOS Mojave. The Mac App Store now has an all-new design. It will now come with more editorial content — just like what they did on the iOS App Store on iOS 11.

iOS apps such as the News, Voice Memos, Stocks, and Home are now available for the Macs through macOS Mojave. 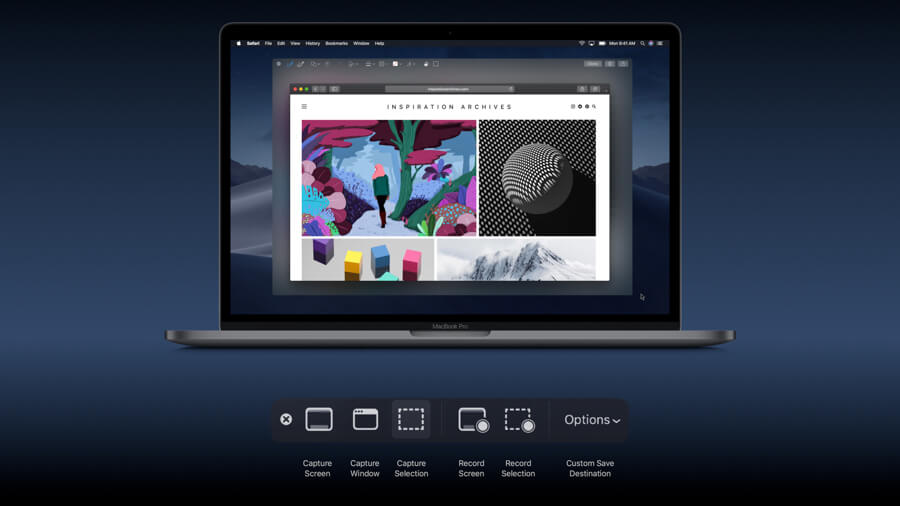 Taking screenshots are also improved with new on-screen controls. You can now do screen recording as well. The FaceTime now also has group calls — a new feature that was co-introduced in the new iOS12. 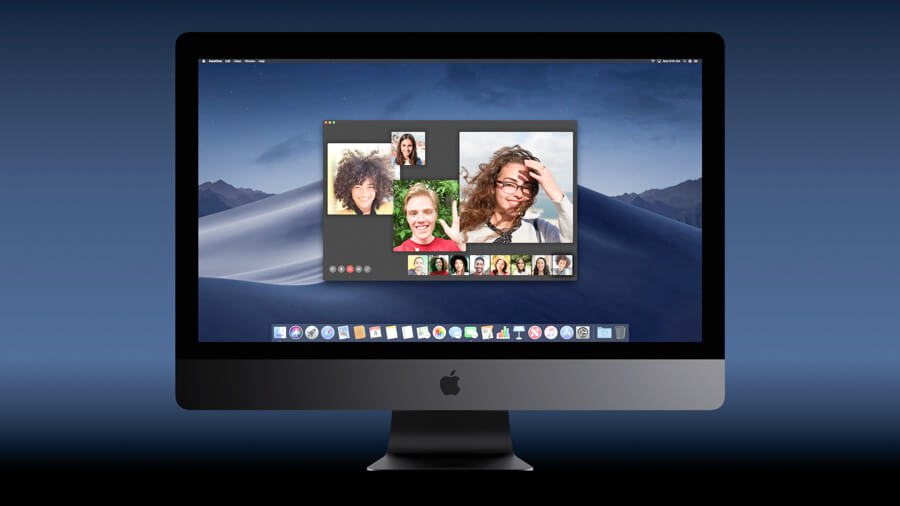 There’s also the new Continuity that lets Apple users scan a document with their iOS device and have it pop up on the Mac in a snap. Markup tools are now built right in on the Finder, Screenshots, and Quick Look.

The new macOS Mojave is now available for Apple’s Developer Program members. A public beta testing will open later this month and the official final build release is expected to arrive at Q4 2018.

The new operating system is compatible with all Macs that was launched in mid-2012 and later. It will also work with Mac Pro models from 2010 and 2012 with Metal-capable GPUs.