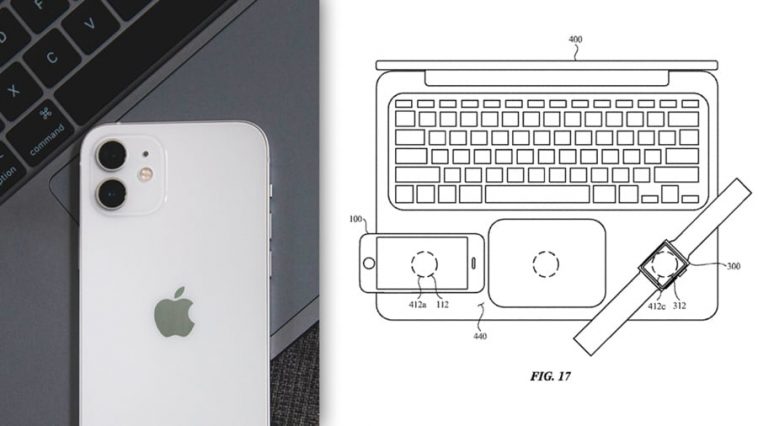 A feature that’s been Android manufacturers has had for years will be adopted by Apple.

A leaked patent filed by Apple shows an illustration of a MacBook with a reverse wireless charging feature. It reveals that, soon, you may be able to charge your iPhone, Apple Watch, AirPods Pro, and other Apple devices on a MacBook.

If it sounds familiar, that’s because it’s already been done by Android brands like Samsung for years. One of the most notable ones is the Galaxy Book Ion, which allows users to put their wireless charging-capable smartphone in the laptop’s trackpad to fill it up.

But unlike previous technologies, Apple’s take is a little different. Apparently, the wireless charging surface is present in more locations such as the palm rest, the trackpad, and even the lid itself.

Considering how wide a MacBook is, it’s nice to have wireless charging on its lid. It is a great alternative to the ill-fated Apple AirPower as it can charge all your Apple devices simultaneously. Think of it as a very fancy wireless charging pad.

As per the filing, this will help solve the hassle of carrying different chargers when on the go. It can also come in handy when you’re busy at work, and your iPhone or AirPods are about to die. No need to stand up and reach for the charger.

Apple coming up with this solution really makes sense since they were the ones who were “courageous” enough to eliminate all ports other than the Type-C on MacBooks and remove the wall adapter on the 2020 iPhones.

However, wireless charging doesn’t work with aluminum — the material used on MacBooks and iPads. Chances are, the next generation of these products might be finally made of glass like the latest iPhones. It’s also plausible that MacBooks will go back to plastic or, knowing Apple, they may come up with a special new material to break the hardware limitation.