OPPO’s latest #SelfieExpert smartphone is taking the country by storm.

MemoXpress’ new top 10 list, curated from April 23 up to 29, shows that OPPO smartphones are selling like hotcakes. In the overall list, we have the OPPO F7 at number one, OPPO A83 at the third place, and the new OPPO A71 2018 at the 6th spot.

Unfortunately, the F7’s main rival from Vivo didn’t make it to the list. The Vivo V9 was able to make it on the  Php15,000 to Php20,000 category, but its demand is not high enough to make it on the overall list. What made it in the list are Vivo’s cheaper offerings, as the Vivo Y53 took the third spot and the Vivo Y71 occupied the 10th seat. 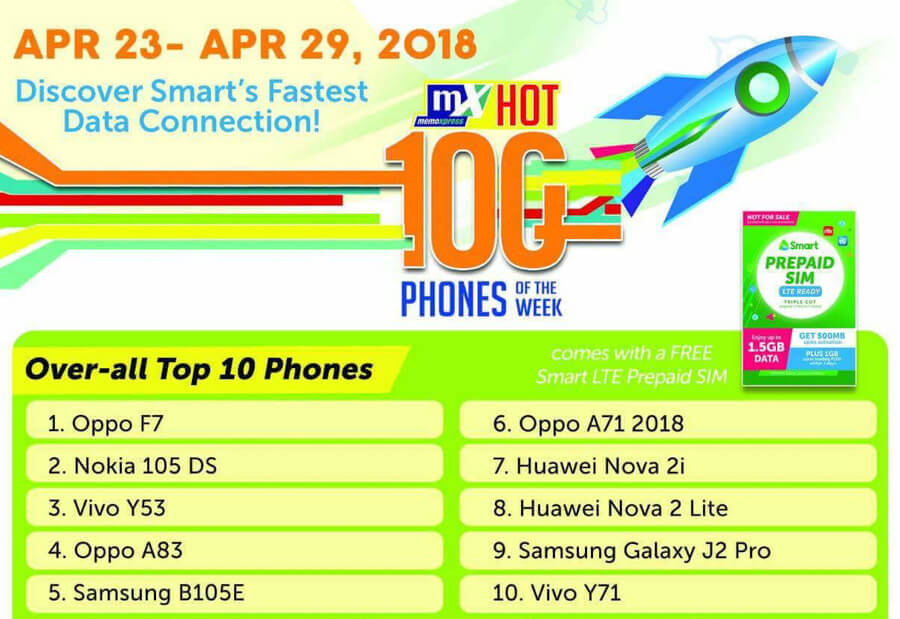 The Huawei Nova 2i and Nova 2 Lite also made the top 10. They are sitting side by side at the 7th and 8th spot, respectively. Meanwhile, the Galaxy J2 Pro is the only smartphone from Samsung that was able to make the cut.

And to no one’s surprise, feature phones also joined the list. There’s the Nokia 105 DS stealing the 2nd spot, while the Samsung B105E managed to take the 5th seat. 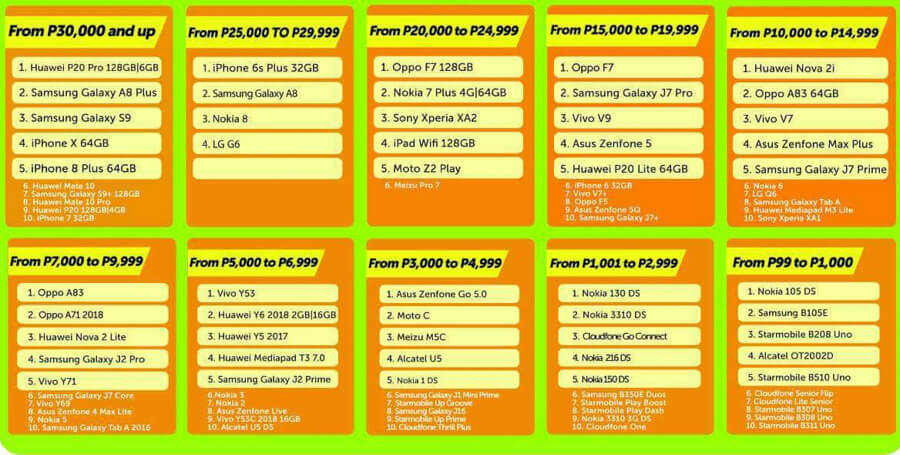 Taking a closer look at the high-end category, we see that the Huawei P20 Pro is the current king, which is unsurprising considering its out of this world camera prowess. Next to it is the Galaxy A8 Plus, followed by its main competitors — the Galaxy S9, iPhone X, and iPhone 8 Plus.